A Tale of Two Women

Home » A Tale of Two Women

Sometimes I take for granted that people can read my mind and feelings…I know that’s not true, but I think that when I am passionate or have come to see things a little clearer, that others will just automatically see that in me.  Unfortunately that doesn’t happen unless I tell the stories.  So today, I am going to tell 2 stories:

Story 1:  Once upon a time there was a young lady who was exploring the world and stepping out on her own.  She was doing things that she knew she probably shouldn’t because her parents and church and others had taught her that these things were wrong and that they would not get her to the future and goals that she had envisioned for herself.
This young lady ended up pregnant. She knew that the man was not going to be a suitable father for her child or a suitable man for her future.  She knew that she needed to straighten up and start making wiser choices.  Unfortunately she continued to make a few misguided decisions along the way but within that time, committed her life to Christ and began to build a relationship with Him.  She began to understand that her parents and family loved her unconditionally and that they had done an incredible job of conveying God’s unconditional love to her.
With the help and guidance of her family that welcomed her back with open arms, she began to make better choices.  She wanted to finish school, she wanted to start working, she wanted to build a future.  She had a sweet little girl that she had to take care of though.  And she had her family!  They stepped in and babysat when needed, encouraged when needed, guided and mentored when needed and even helped to provide for both her and her daughter.  Her family grew as she began to build solid friendships and rely on those people.
She finished school.  She got a job and even started her own business.  She was raising a beautiful daughter and teaching her what was to be loved unconditionally.  But she was never alone….she had an incredible support system to walk with her.  She not only had her relationship with Christ but she had His people to walk with her.

Story 2: Once upon a time there was a young lady who was exploring the world and stepping out on her own.  She was doing things to seek approval and love.  She was making decisions that she knew might hurt her in the future but her parents had made some of the same choices, so had her grandparents.  No one seemed to notice or care that she was making these choices.
This young lady ended up pregnant. She had an inkling that the man was not going to be a suitable father for her child or a suitable man for her future, but what choice did she have?  She knew that she needed to straighten up and start making wiser choices because she was bringing a little girl into the world.  She already loved her more than she knew she could. But she began to understand that her parents and family were just surviving…that they were not seeking guidance or support.  They were not necessarily trying to make better choices, they were just trying to make it.
She wanted to finish school, she wanted to start working, she wanted to build a future.  She tried to  finish her diploma so she could go to college, but she was changing diapers, staying up all night with a crying baby.  She was trying to love her little girl all by herself.  Her parents couldn’t and wouldn’t help.  She tried but she didn’t know where to start or how to start and every time she got the courage to try, she hit a huge roadblock.  Childcare wouldn’t pay because the dad wouldn’t pay his child support. Then it stopped paying because she started making too much at her job although she was barely surviving. Then the bus was late so she couldn’t get her little girl to child care and to work on time so she got fired.  She then had to start all over again.  School fell by the wayside because she had to work.
She tried to go to church and find a relationship with Christ.  She would find a little encouragement in His word, she would pick herself up and try again, only to hit another road block.  She was alone…..she asked for help but only got judgement and patches for problems.  She had her relationship with Christ and that helped her keep trying but she never had His people to walk with her unconditionally.

Story 1 is a very brief version of my story and I am so incredibly grateful for my family and my support system.  For His people that I have loved and guided me along the way. 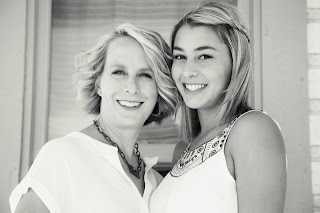 I have learned great respect for them.  I have tried to put myself in their shoes and trust me they are not easy shoes to walk in.  I am learning compassion at a whole new level.